Many people take DLPA as a nootropic supplement for:

There are plenty of reports that DLPA can improve cognition and general feelings of wellbeing, and there is some clinical evidence that backs up these claims.

DLPA, then, is both of these isomers combined into one substance. It provides the best of both worlds.

Phenylalanine is a precursor for tyrosine, dopamine, norepinephrine, and epinephrine, and the skin pigment melanin. By affecting these systems, DLPA can have various nootropic and health effects.

Contents hide
1 DLPA - An Overview
2 What Does DLPA Do?
3 How DLPA Works In The Brain
4 DLPA Potential Side Effects
5 Wrapping up

Buy DLPA From These Trusted Sources

What Does DLPA Do?

There is some preliminary evidence that DLPA can improve attention and possible treat symptoms of ADHD. DLPA provides the building blocks for neurotransmitters such as dopamine. Many researchers believe that ADHD may be caused by low dopamine, which DLPA might alleviate.

A small double-blind study showed an improvement of ADHD symptoms after a few weeks of supplementing with DLPA. However, these results have not been successfully replicated.1Wood DR, Reimherr FW, Wender PH.Treatment of attention deficit disorder with DL-phenylalanine, Psychiatry Res. 1985 Sep

Still, some nootropics enthusiasts swear by DLPA for attention. Their reports are anecdotal, but suggest that further research on this subject is needed.

Some users also claim that DLPA can prolong the effects and ease the crash associated with traditional ADHD meds like Ritalin and Adderall. This would make sense, considering DLPA can help the brain produce more dopamine as the Adderall triggers its release.

DLPA can possibly increase the amount of dopamine circulating in the brain. This theoretically could improve mood, because dopamine is heavily linked to feeling good, pleasure, and motivation. Clinical results lean towards this being the case.

Several double-blind, placebo-controlled trials indicate that DLPA could act as an effective antidepressant. Researchers theorized that this could be due to DLPA raising dopamine levels. One even found it as effective as the traditional pharmaceutical imipramine.

On the other hand, an animal study suggests that phenylalanine supplementation does NOT actually increase dopamine levels, as many have theorized.

If this is true, then there may not be a mechanism for DLPA to raise mood, and the previous studies only showed a placebo effect. Again, more study is needed on DLPA for mood disorders.6Fernstrom MH1, Baker RL, Fernstrom JD.. In vivo tyrosine hydroxylation rate in retina: effects of phenylalanine and tyrosine administration in rats pretreated with p-chlorophenylalanine., Brain Res. 1989

DLPA may be able to significantly reduce perception of pain. Some users report that it can be used as a substitute for opiates (which obviously come with significant dangers.)

Researchers suspect it works by activating the ‘endogenous analgesia system’ (EAS). The EAS is your body’s internal painkiller system. DLPA produces an elevation in brain enkephalins.

Enkephalins are compounds in the brain that are closely related to fight-or-flight and pain responses. They bond to mu-opioid pain receptors.

Interestingly, the effects of DLPA are reversible by naloxone, which is an opiate overdose prevention drug. This seems to indicate that DLPA is working on the same biological pathways as opiates, but with far less danger.10Ehrenpreis S.. Analgesic properties of enkephalinase inhibitors: animal and human studies, Prog Clin Biol Res. 1985

DLPA may amplify the analgesic effects of opiate therapy, while enabling dosage reductions that minimize opiate side-effects. In other words it makes drugs work better while helping to lower the amount of drugs needed. Thus, DLPA can lower the odds of side effects.

This could be extremely beneficial to people who must use opiates to manage chronic pain. It may also complement acupuncture.11Russell AL, McCarty MF. DL-phenylalanine markedly potentiates opiate analgesia – an example of nutrient/pharmaceutical up-regulation of the endogenous analgesia system., Med Hypotheses. 2000 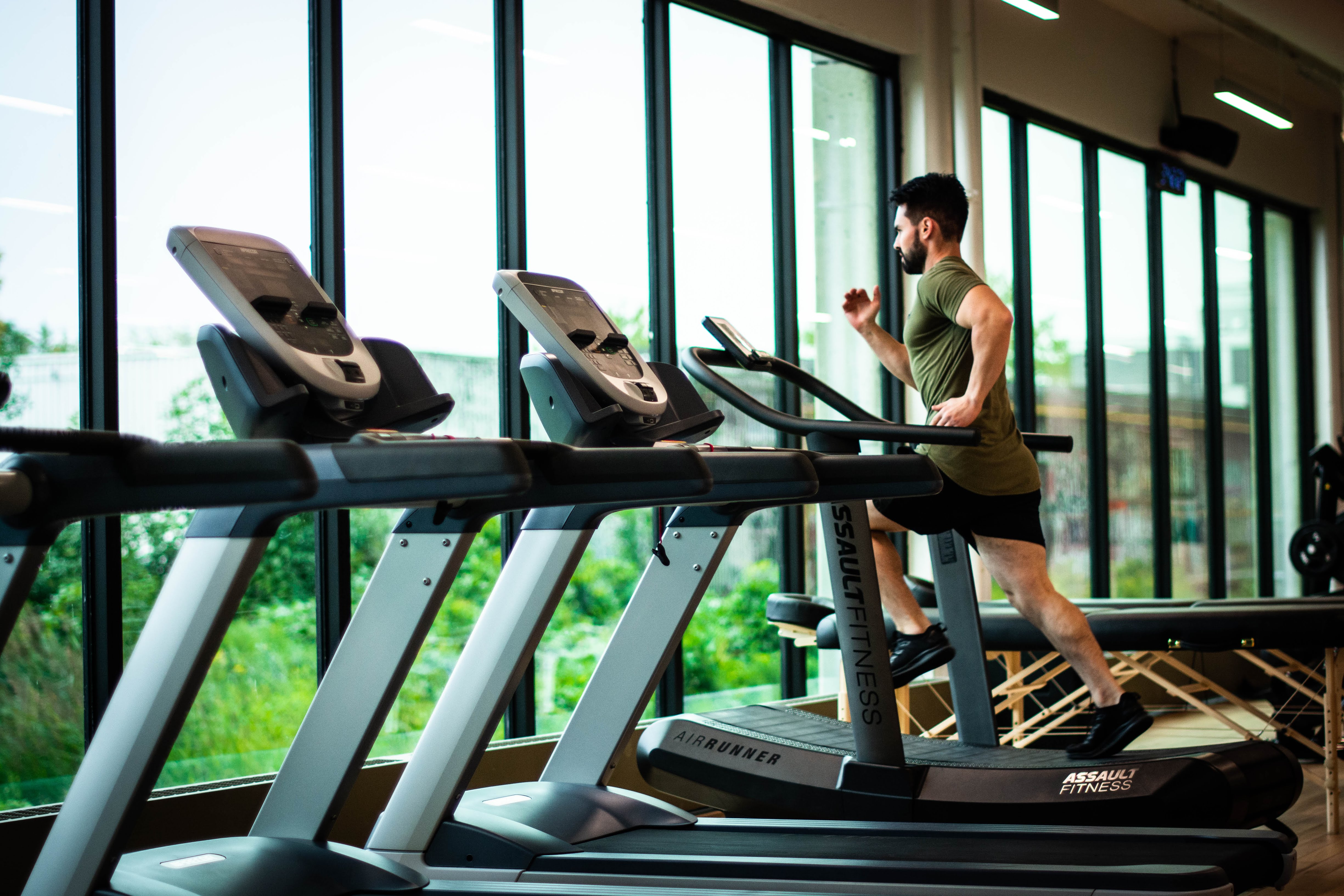 DLPA, in addition to exercise, may increase fat loss

DLPA may be a valuable supplement for people trying to lose weight and improve athletic performance. This may be due to a couple factors.

One small study indicates that DLPA could increase fat oxidization, at least in young athletic males. This could lead to accelerated weight loss.

However, it was a very small study, so it’s difficult to say how applicable the results are. More research needs to be done.14Keisuke Ueda, Chiaki Sanbongi,1 Makoto Yamaguchi. The effects of phenylalanine on exercise-induced fat oxidation: a preliminary, double-blind, placebo-controlled, crossover trial, J Int Soc Sports Nutr. 2017

DLPA may also improve insulin resistance, which is an important factor in weight-loss and overall health. This may be due to DLPA possibly stimulating tyrosine production.15Nuttall FQ, Schweim KJ, Gannon MC.. Effect of orally administered phenylalanine with and without glucose on insulin, glucagon and glucose concentrations. Horm Metab Res. 2006 Aug 16A Alamshah, et al. l-phenylalanine modulates gut hormone release and glucose tolerance, and suppresses food intake through the calcium-sensing receptor in rodents, Int J Obes (Lond). 2017

There is also evidence that phenylalanine may promote feelings of satiety and fullness. This could decrease appetite and prevent overeating.

Researchers suspect that this is because phenylalanine is an amino acid that is usually broken down from protein. When you take it as a supplement, your body reads it as intake from a protein source. 17Veldhorst M, et al. Protein-induced satiety: effects and mechanisms of different proteins, Physiol Behav. 2008 18Moran TH. Cholecystokinin and satiety: current perspectives, Nutrition. 2000

DLPA is a precursor to melanin, and can, therefore, help with some pigment disorders, such as vitiligo.19Siddiqui AH, et al. L-phenylalanine and UVA irradiation in the treatment of vitiligo, Dermatology. 1994
20Schulpis CH, Antoniou C, Michas T, Strarigos J. Phenylalanine plus ultraviolet light: preliminary report of a promising treatment for childhood vitiligo, Pediatr Dermatol. 1989

How DLPA Works In The Brain DLPA is a combination of two phenylalanine isomers, a left handed (L) and right handed (R) version. They are mirror images of each other and have slightly different effects, but are both precursors for catecholamines.

Catecholamines refers to important neurotransmitters like dopamine, norepinephrine, and epinephrine.

Once DLPA enters your system, your body breaks it down and converts it into l-tyrosine. Then it converts l-tyrosine into dopamine, which eventually converts to norepinephrine and then epinephrine.

These neurotransmitters are heavily involved in mood, reward, arousal, attention, and other critical processes.

It’s important to note that DLPA provides the building blocks for these neurotransmitters, but does not stimulate their production directly like, say, Adderall.

Generally, there are no side effects with this nootropic. Some research shows nausea at extremely high doses, but this is atypical.

That said, it is important to note that there are some dangerous interactions to look out for with DLPA. People with phenylketonuria should not take DLPA. This condition can cause a dangerous buildup of phenylalanine in the body.

There may also be negative interactions between DLPA and MAOI inhibitors.

We strive to bring you the most up to date, research-based information about DLPA and other nootropics.

Something we missed? Do you use DLPA? Share your thoughts and experiences in the comments below.