This non-psychoactive cannabinoid has been recognized for its anti-inflammatory, healing properties.

The following review is a deep dive into all things CBD and covers how it works in your brain and body. 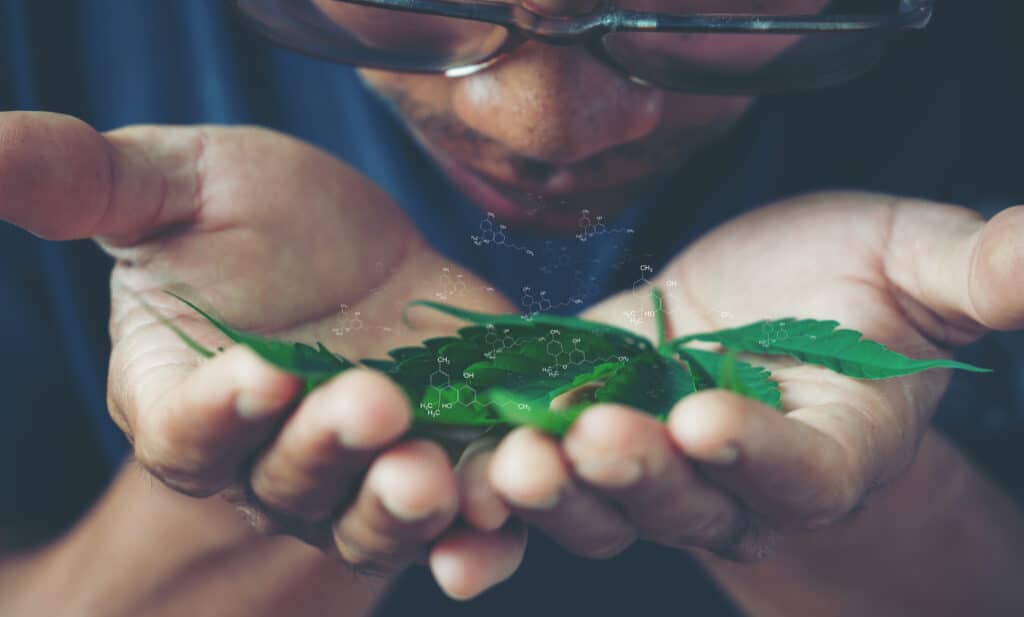 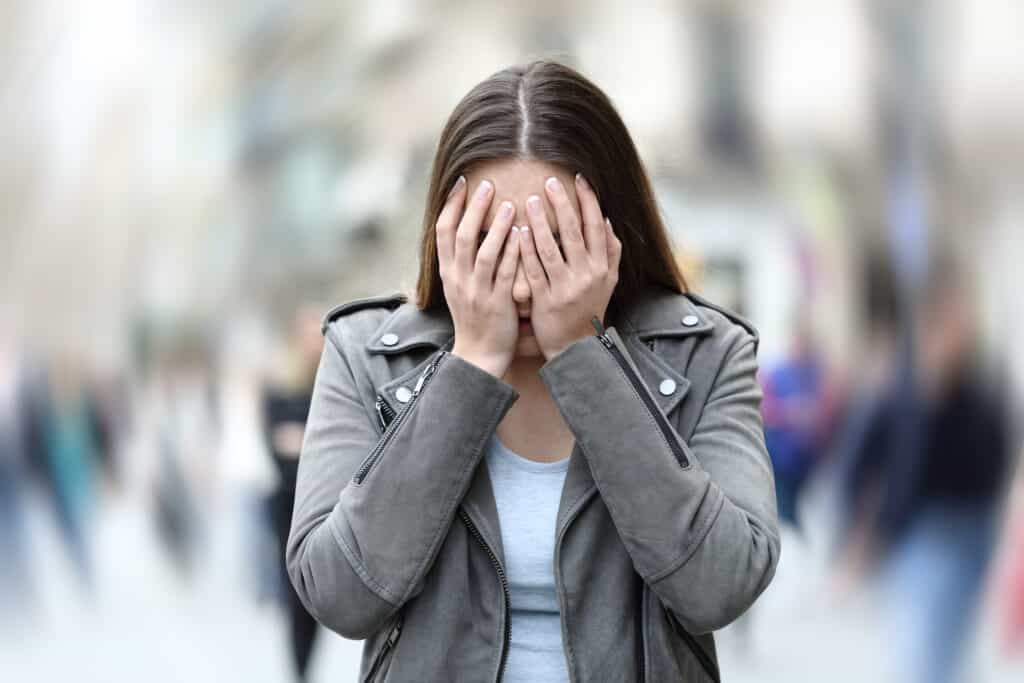 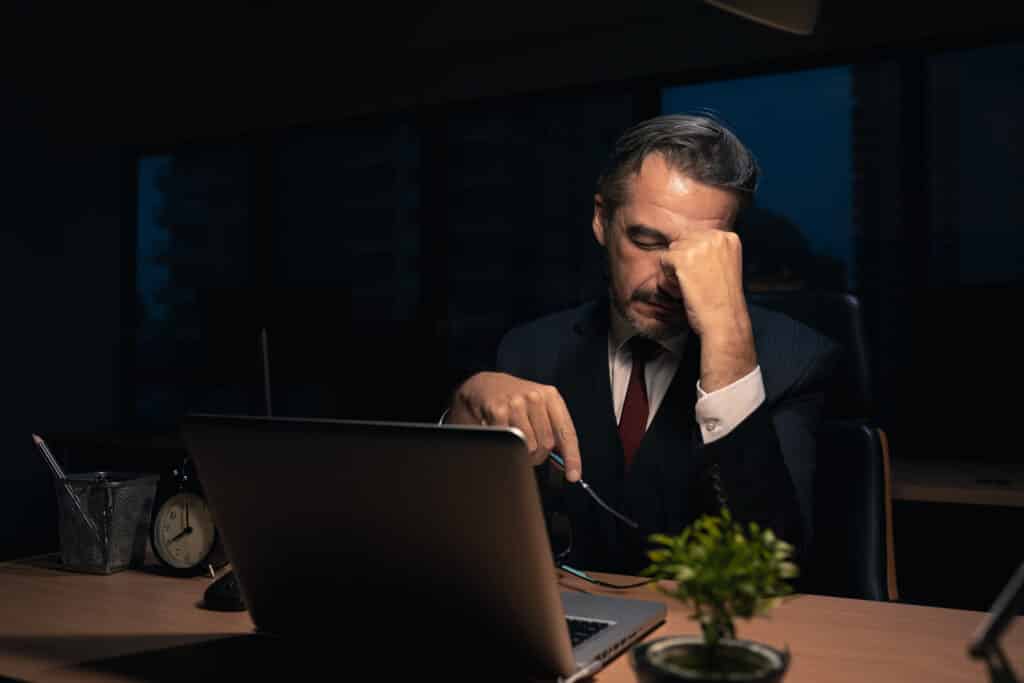 Anecdotal and preliminary data indicate that CBD may be an effective treatment for stress management. The underlying rationale is that CBD can increase the availability of serotonin in the synaptic space and help relieve the symptoms of stress and anxiety.4Serena Silvestro, Santa Mammana, Eugenio Cavalli, Placido Bramanti, and Emanuela Mazzon, Use of Cannabidiol in the Treatment of Epilepsy: Efficacy and Security in Clinical Trials, Molecules. 2019 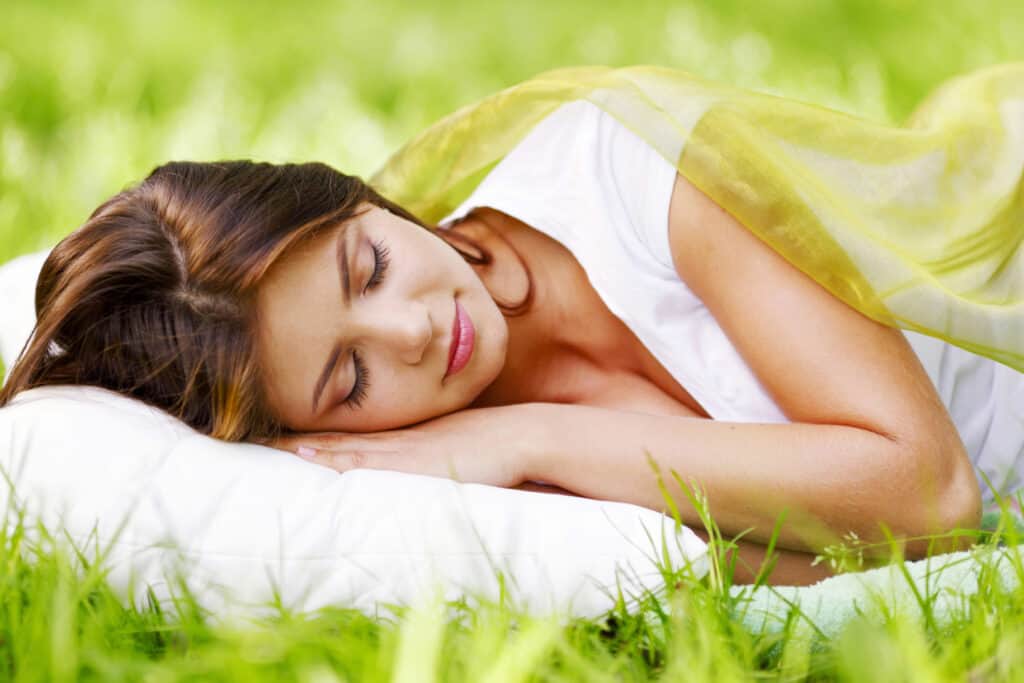 Sleep improvement is one of CBD’s most touted benefits. Recent studies suggest that CBD may be used to treat sleep disorders such as insomnia and REM sleep behavior disorder.5Andrew J. Kesner and David M. Lovinger, Cannabinoids, Endocannabinoids and Sleep, Front Mol Neurosci. 2020 There is some evidence to hypothesize that CBD may improve sleep patterns and enhance sleep quality.6Nirushi Kuhathasan , Alexander Dufort , James MacKillop , Raymond Gottschalk, Luciano Minuzzi, Benicio N Frey, The use of cannabinoids for sleep: A critical review on clinical trials, Exp Clin Psychopharmacol. 2019

CBD is a potent inflammation fighter, acting as an agonist for many cell-surface receptors, such as A2A, 5-HT1A, TRPV1, α7nAch, and PPAR-γ receptors. It is well known that these receptors are associated with anti-inflammatory activity. Hence, CBD has potent anti-inflammatory effects.7Sinemyiz Atalay, Iwona Jarocka-Karpowicz, and Elzbieta Skrzydlewska, Antioxidative and Anti-Inflammatory Properties of Cannabidiol, Antioxidants (Basel). 2020

The neuroprotective activity of CBD is postulated to be associated with its anti-inflammatory and antioxidant properties. Researchers suggest that the neuroprotective effects of CBD may have a broad spectrum of therapeutic properties, such as antidepressant, antipsychotic, analgesic, and antitumor.8Alline C Campos , Manoela V Fogaça , Andreza B Sonego , Francisco S Guimarães Cannabidiol, neuroprotection and neuropsychiatric disorders, Pharmacol Res. 2016

CBD has been reported to have anticonvulsant effects with confirmed efficacy in treating a wide variety of epileptic seizures. It has most notably been helpful in the pediatric age group for the management of treatment-resistant seizure disorders, such as Lennox-Gastaut Syndrome and Dravet syndrome.9Joseph Maroon and Jeff Bost, Review of the neurological benefits of phytocannabinoids, Surg Neurol Int. 2018 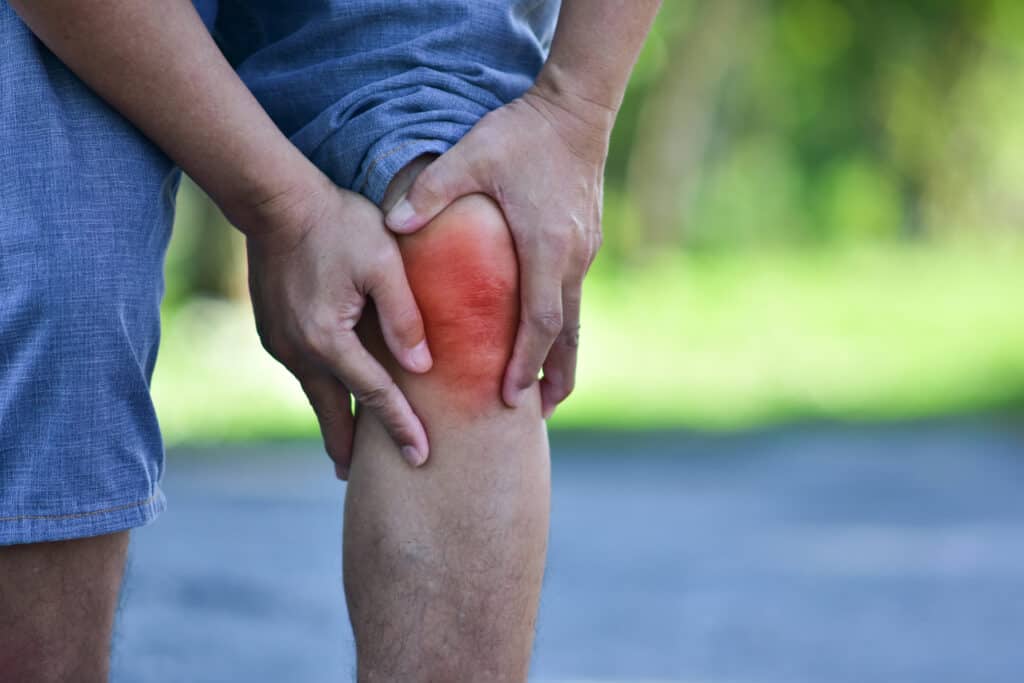 As cannabis laws become laxer, CBD has become a safe alternative to more addictive pain medications. Its used by many professional athletes and those who suffer from chronic pain. This is because CBD has analgesic effects that are associated with anti-inflammatory, immune-modulatory, and antioxidation mechanisms. CBD has been demonstrated to reduce inflammatory cytokines production, thereby providing relief from chronic and acute pain. CBD has also been shown to relieve neuropathic pain.10Shafik Boyaji , Justin Merkow , R Noel M Elman , Alan D Kaye , R Jason Yong , Richard D Urman, The Role of Cannabidiol (CBD) in Chronic Pain Management: An Assessment of Current Evidence, Curr Pain Headache Rep. 2020

CBD As A Nootropic

The nootropic benefits of CBD can be attributed to its interaction with the central and peripheral nervous system via the endocannabinoid system. 11Hui-Chen Lu and Ken Mackie, An introduction to the endogenous cannabinoid system, Biol Psychiatry. 2017

The endocannabinoid system is a neuromodulatory system that consists of mainly two types of receptors, CB1 and CB2 receptors. 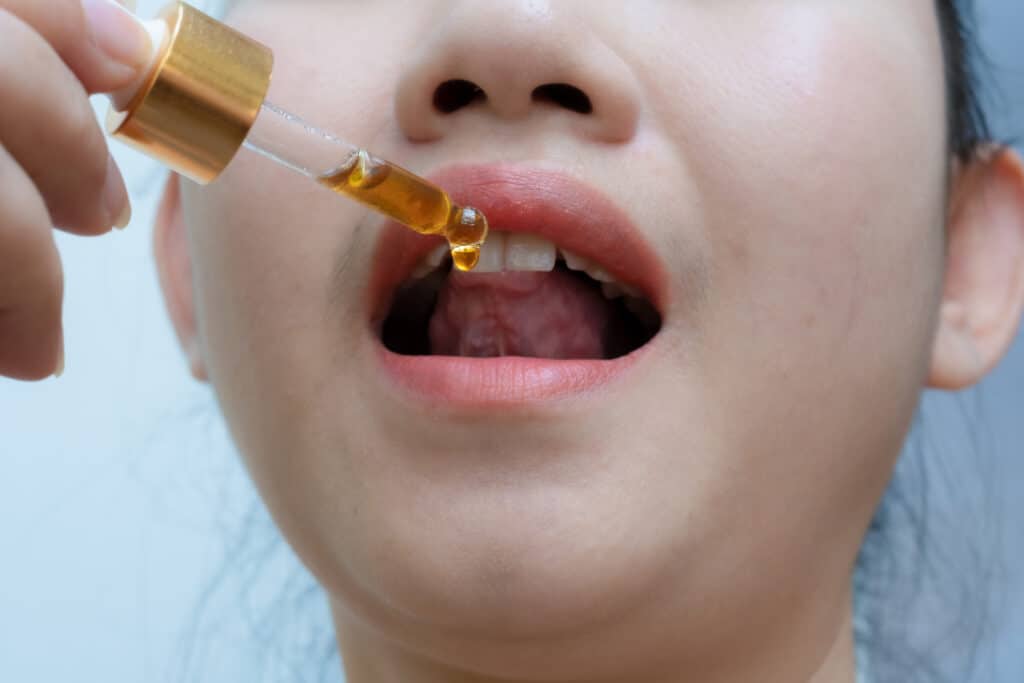 Research indicates that CBD stacks well with most nootropics due to its ability to stimulate the endocannabinoid system, which helps maintain synergy and harmony in the body.

Difference between CBD and THC

As of this writing, around 113 cannabinoids have been identified, including CBD (Cannabidiol) and THC (tetrahydrocannabinol). 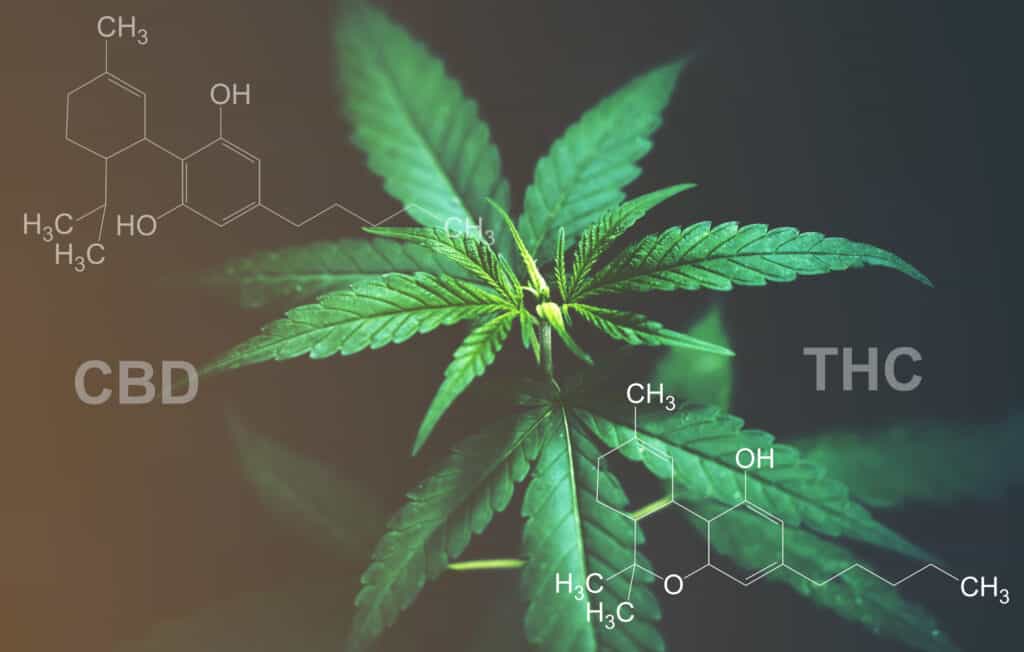 The chemical formula of CBD and THC is the same, that is, 21 carbon atoms, 30 hydrogen atoms, and 2 oxygen atoms. However, the chemical structure and arrangement are slightly different. Hence, despite their similar chemistry, CBD and THC have different neuronal and psychoactive effects.

CBD Doesn’t Get You High

Due to their different chemical structures, CBD and THC have 2 different psychoactive profiles.

THC in cannabis gets you high and CBD does not.

THC has classical neurological and somatic effects, characterized by the impairment of the psychomotor and cognitive performance, increased heart rate, and dry mouth. However, several clinical studies have cited that CBD failed to have these similar effects, mainly because CBD cannot produce the “high” associated with THC.12Franjo Grotenhermen, Ethan Russo, and Antonio Waldo Zuardi, Even High Doses of Oral Cannabidiol Do Not Cause THC-Like Effects in Humans, Cannabis Cannabinoid Res. 2017

Some studies have reported that, unlike THC, CBD interacts with the endocannabinoid system indirectly with the help of a ligand. In addition to this, unlike THC, CBD has some potential clinical and medicinal effects, which can be explained by the interaction of CBD with a few non-endocannabinoid signaling systems, such as the inhibition of adenosine uptake and the enhanced activity at the 5-HT1a receptor.13Clementino Ibeas Bih, Tong Chen,Alistair V. W. Nunn,Michaël Bazelot, Mark Dallas, and Benjamin J. Whalley, Molecular Targets of Cannabidiol in Neurological Disorders, Neurotherapeutics. 201514Raphael Mechoulam , Lumír Hanus, Cannabidiol: an overview of some chemical and pharmacological aspects. Part I: chemical aspects,Chem Phys Lipids. 2002,15Tiziana Bisogno, Lumír Hanuš,Luciano De Petrocellis, Susanna Tchilibon, Datta E Ponde, Ines Brandi, Aniello Schiano Moriello, John B Davis, Raphael Mechoulam, and Vincenzo Di Marzo, Molecular targets for cannabidiol and its synthetic analogues: effect on vanilloid VR1 receptors and on the cellular uptake and enzymatic hydrolysis of anandamide, Br J Pharmacol. 2001

How CBD Works In the Brain

All types of cannabinoids, including CBD, interact with the CB1 and CB2 receptors of the endocannabinoid system and produce a wide array of systematic effects, including synaptic plasticity, response to stimuli, neurotransmitters modulation, immune responses, and inflammatory cascade affection. 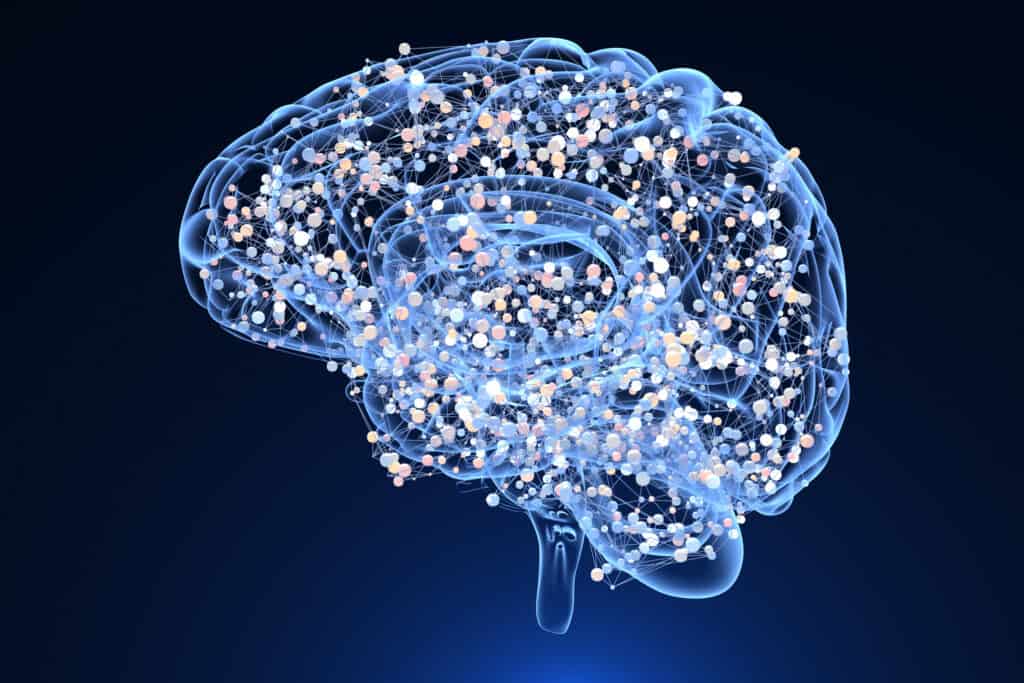 Data derived from clinical trials and research studies cite the use of 100 to 800 mg CBD per day when administered orally. The other standard modes of administration are through sublingual and intranasal routes.16Pius S Fasinu , Sarah Phillips , Mahmoud A ElSohly , Larry A Walker, Current Status and Prospects for Cannabidiol Preparations as New Therapeutic Agents, Pharmacotherapy. 2016

Although further research is needed, CBD is generally well tolerated with a good safety profile. It is not known to produce adverse effects in humans, and neither abuse nor dependence has been demonstrated. CBD may have potential therapeutic medicinal effects which still require further exploration.17Expert Committee on Drug Dependence, CANNABIDIOL (CBD)Pre-Review Report, 39th Expert Committee on Drug Dependence. 201718Kerstin Iffland , Franjo Grotenhermen, An Update on Safety and Side Effects of Cannabidiol: A Review of Clinical Data and Relevant Animal Studies, Cannabis Cannabinoid Res. 2017 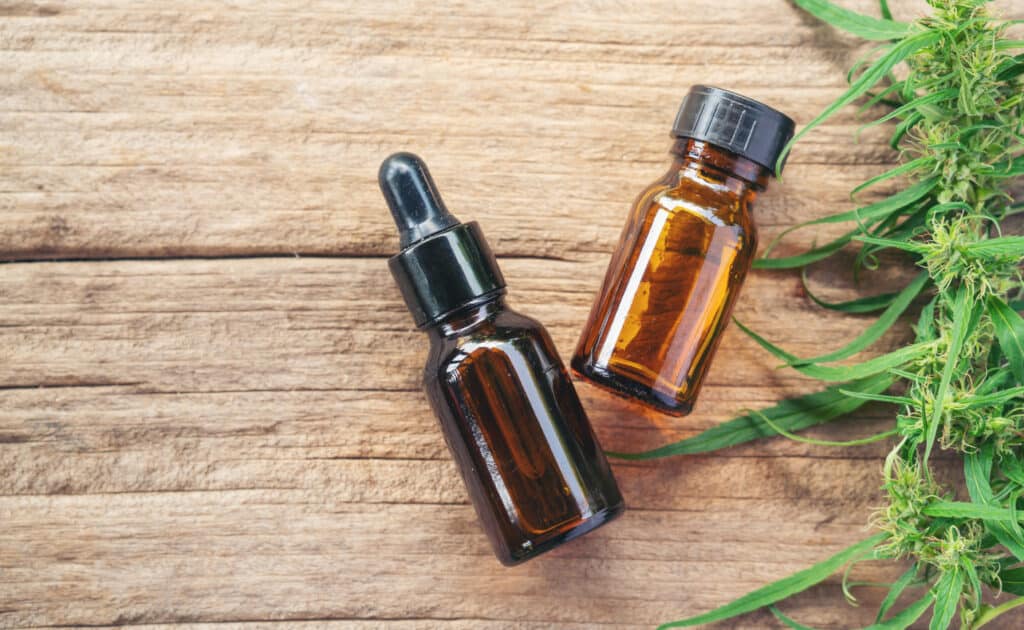 Topical– The topical forms of CBD are available as creams, lotions, balms, or oils that can be applied directly onto the skin.

Inhale– Inhalation is a common route of administration of CBD. The modes of delivery can be smoking or vaporizing. Different varieties of vaping oils and vape pens are available.

Edibles, beverages- Since CBD is lipophilic, it can be dissolved in an oil solution, such as olive or sesame oil, for consumption. CBD is also available as edibles in the form of gummies or candies.

Buy CBD From These Trusted Sources