It contains a powerful antioxidant called proanthocyanidin which has many positive benefits for neurological health.

Pine bark extract may have a positive effect on

The bark is typically made into an extract that concentrates the benefits into an easy-to-consume capsule or powder. It is often sold under the trademarked brand name “Pycnogenol.”

We will use the terms pine bark extract and pycnogenol interchangeably, as they are the same thing. It is also sometimes sold under the name “Flavangenol.”

What Does Pine Bark Extract Do?

Pine bark extract can have a nootropic effect on overall cognitive abilities.

One large study conducted in 2015 concluded that pycnogenol could improve cognitive function and oxidative stress in healthy subjects between 55 and 70 years of age.

Although this effect pronounces more in older populations, we would expect to see a similar impact on younger people as well.1Belcaro G. The COFU3 Study. Improvement in cognitive function, attention, mental performance with Pycnogenol® in healthy subjects (55-70) with high oxidative stress, J Neurosurg Sci. 2015

A study on 106 healthy students aged 18 to 27 backs this up. This double-blind study gave half the group pycnogenol for eight weeks, and a placebo to the other half.

This study is interesting because they looked at the actual results of their university finals to measure the student’s mental performance.

Another placebo-controlled study gave pycnogenol to a group of busy professionals with no pre-existing severe health conditions.

They subjected both groups to a battery of mental tests and tested them for biomarkers of stress.

They concluded that supplementing pine bark extract for 12 weeks appeared to significantly improve cognitive function, mood, and oxidative stress versus the control group.

There is some preliminary evidence that Pycnogenol may be useful in treating ADHD. A trio of new studies, all from Slovakia, indicates that this could be the case.

One study looked at a group of children who w diagnosed with Attention-Deficit Disorder.

This disorder is partially characterized by increased excretion of catecholamines (such as dopamine and norepinephrine) and reduced levels of the antioxidant glutathione.

After supplementing with pycnogenol for several weeks, researchers saw lower concentrations of catecholamines and a higher concentration of glutathione in their urine.

A similar study supports the findings of the first one. They found that pycnogenol increased the Total Antioxidant Status (TAS) of children who have ADHD.

Low TAS is linked to hyperactivity and inattention, so by increasing antioxidants such as glutathione pine bark extract could ease symptoms of this disorder.5Dvoráková M, et al.
The effect of polyphenolic extract from pine bark, Pycnogenol on the level of glutathione in children suffering from attention deficit hyperactivity disorder (ADHD), Redox Rep. 2006

In another randomized, double-blind trial, sixty-one children supplemented 1 mg of pycnogenol (or placebo) per kg of body weight per day for four weeks.

In the words of the researchers: “Results show that 1-month Pycnogenol administration caused a significant reduction of hyperactivity, improves attention and visual-motoric coordination and concentration of children with ADHD.

In the placebo group, no positive effects were found. One month after the termination of Pycnogenol administration, they observed a relapse of symptoms. Our results point to an option to use Pycnogenol as a natural supplement to relieve ADHD symptoms of children.”6Trebatická J, et al Treatment of ADHD with French maritime pine bark extract, Pycnogenol, Eur Child Adolesc Psychiatry. 2006

Although both studies focused on children, there is a reason to believe this therapeutic effect could also translate for adults. More study is needed, but the initial findings are promising.

Pycnogenol has a noticeable effect on working memory. Working memory is the ability to remember and use relevant information while in the middle of an activity, and it is critical for overall mental performance.

One study looked at 101 elderly participants (60-85 years) consuming a daily dose of 150 mg of Pycnogenol or placebo for a three-month treatment period.

They had the participants perform tests of cognition, memory, and motor skills at the beginning and end of the treatment period. They noted that the pycnogenol group displayed improved working memory.

This is a good indicator that pine bark extract could have considerable nootropic benefits. This may also be related to its effects on ADHD. 7Ryan J, et al. An examination of the effects of the antioxidant Pycnogenol on cognitive performance, serum lipid profile, endocrinological and oxidative stress biomarkers in an elderly population, J Psychopharmacol. 2008

Some male users report better erections after supplementing with pine bark extract. This could be due to its ability to improve blood flow and nitrous oxide, as well as sex hormones.

Luckily there some initial research that may back up this claim.

One study looked at 112 women with ultraviolet-damaged skin who were given pine bark extract for 12 weeks. Almost all the women saw improvements to their conditions.

Many diseases (diabetes, hypertension, metabolic syndrome) can cause inflammation of the endothelium, or inner membrane of the blood vessels.

How Pine Bark Extract Works In The Brain

Pine bark extract has nootropic benefits and can boost mental performance. It achieves this effect through a variety of different pathways and mechanisms.

Procyanidins are the main active ingredient in French maritime pine bark. Procyanidins are powerful antioxidants that are also found in foods such as grapes, berries, pomegranates, red wine, and various nuts.

French maritime pine bark extract, sold under the brand name Pycnogenol, is standardized to contain 70% procyanidin. This is considered to be the main source of pine bark extracts therapeutic and nootropic benefits.

Antioxidants are an extremely important aspect of staying healthy as you age. They neutralize reactive oxygen species (ROS; frequently referred to as “free radicals”) which, apart from performing important bodily functions, can cause damage to cells and tissues if present in excessive amounts.

Pycnogenol is a proven vasodilator that improves blood flow to the brain. The more blood circulating through the brain, the more oxygen is available for cognitive processes, and the better you will be able to perform mentally.

How Much Pine Bark Extract Should I Take?

Some researchers have suggested that the optimal dosage of pycnogenol is about 1-1.5 mg per lb of body weight. For most people, this will be about 150-300 mg per day. Most people will not experience any side-effects at this dosage.

The best results seem to come from dividing the daily dose and taking it 2-3 times throughout the day.

Maritime pine bark extract is non-toxic, and seems to be very well tolerated. We rarely hear of any adverse effects, but you should always pay attention to your body, as everyone reacts differently.

Here are some (fairly uncommon) side-effects to watch out for.

Keep in mind that pine bark extract boosts your immune system. This means it could exacerbate any auto-immune diseases you may have, such as arthritis, MS or lupus.

It also improves vascular function. This could increase bleeding and slow blood clotting in some people, especially in high doses. This may not be good for people with certain illnesses, or if you plan on having surgery.

We recommend consulting a doctor before taking pine bark extract if you have any of these conditions.

Every study I read about Pine Bark seems very promising. I take 50mg daily and it helps with mood/focus and also circulation problems. A very good supplement that is just becoming more mainstream over the past few years.​Anonymous
Increasing blood flow, improving endurance, and increasing focus are the main benefits I mostly notice from Pine Bark.u/flaxseed1
Pycnogenol has basically replaced both ibuprofin for inflammation and antihistamines for allergies for me. ​Widget_pls

Took before my morning run. Was feeling the blood flowing during my warm up and the 3 mile run seemed easier than normal. Normally I have some pain in my knees but not today! Mike
We upped the dosage a little to cover our weight, and it has brought new life to my feet, ankles, and joints. I can actually feel warm blood circulating through my feet, ankles, knees, etc… It’s just phenomenal. The increased circulation has made my psoriatic arthritis pain disappear, and has had a huge effect on muscle cramps.Griobhtha
I take this for my ear to help maintain circulation to prevent vertigo. I take one every day and have not had vertigo in a few months. ​JessicaTsc 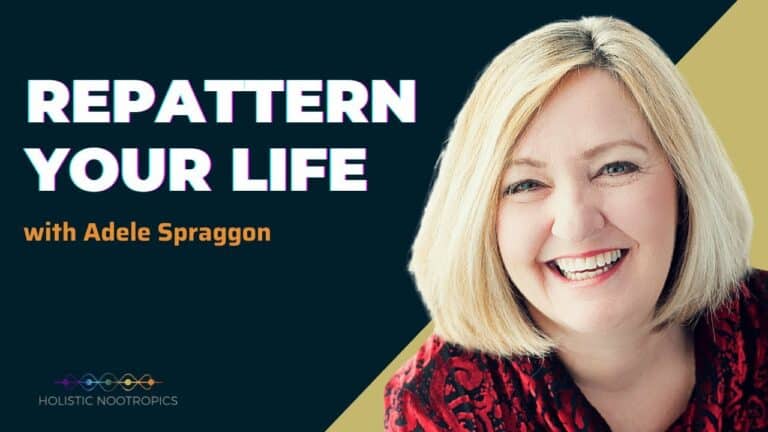