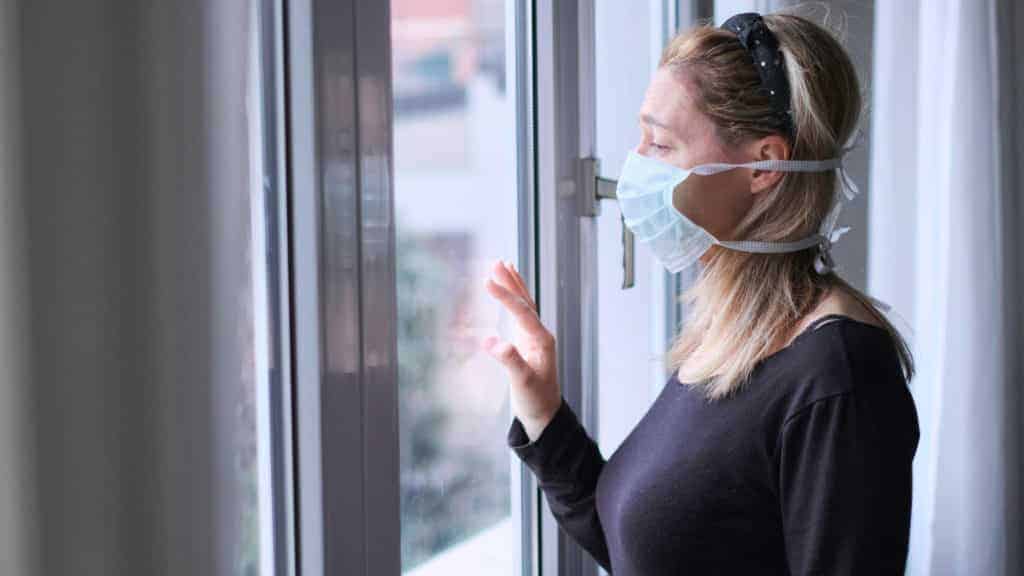 April 4, 2020/Erik Levi/Comments Off on The Best Brain Supplements For Social Distancing

What Are The Best Nootropics for Social Distancing - Quick Answers

ONE NOOTROPIC FORMULA FOR ALL

Looking for the best brain-boosting nootropics?

Get them all in one product.  Boost your mood, enhance your focus, and increase mental clarity with a high-potency combination of carefully-sourced holistic ingredients 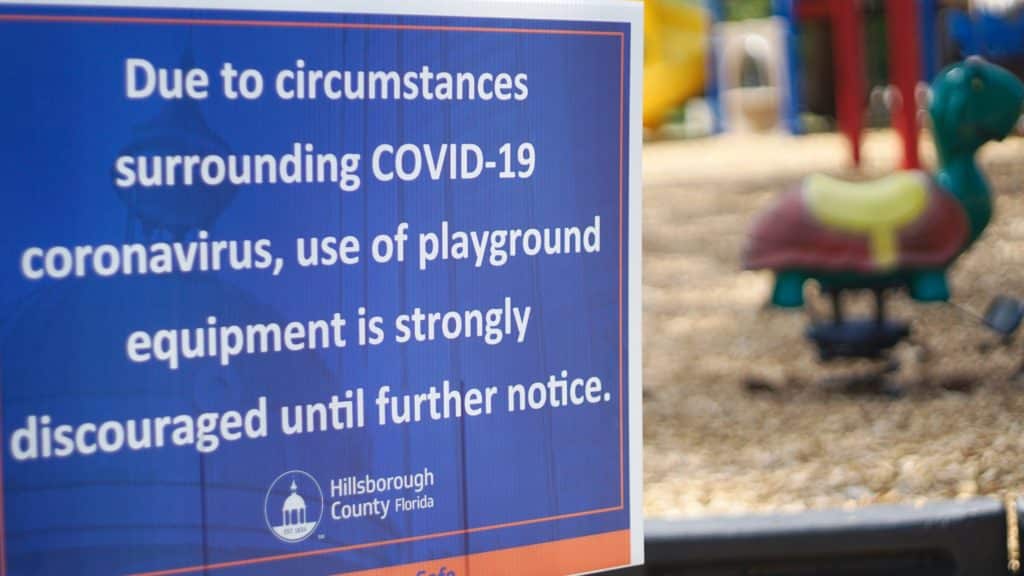 We’re living through an unprecedented event. The entire world is shut down as a precautionary measure to save people from contracting the COVID-19 virus.

The solution has been to force people into the 14th-century practice of quarantining.
1 History of Quarantine
, CDC.

This ancient practice that was originally meant for ships carrying cargo into Venice from infected ports has now been applied to our 21st century way of life, and needless to say, it has been quite the disruption.

Going out to eat, going to the movies, grabbing a drink with friends.. or dare I say.. even going to work!

Don’t get me wrong, the situation could certainly be worse, as anyone who has ever lived through a natural disaster can attest.

Locking down in our comfy homes with all of our electricity, modern appliances, stocked fridges, WiFi, and of course, Tiger King may not seem that bad at first.

But with the outside world being made to seem like a giant infectious viral breeding ground and no end in sight, this whole situation may be taking a toll on a lot of people’s mental well-being.

Even with every piece of modern technology and palate-pleasing food at our fingertips, social isolation is not natural.

Humans are social creatures and need the companionship that comes from being around other humans.

Social media and video chats can only fill that void so much.

But this is the reality, at least until the end of April. Even then there is no guarantee that life will go back to normal, and there is a lot of talk that we may have to do this again until a more permanent solution is discovered. 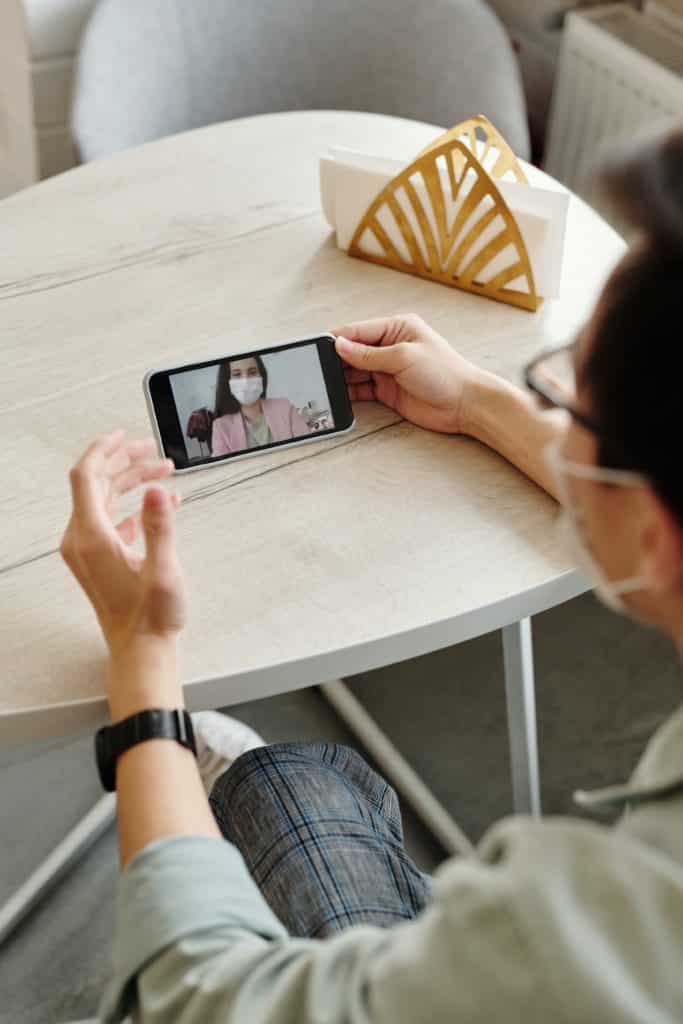 While the physical complications from the COVID-19 virus can be devastating, the mental health consequences of social distancing can be just as profound.

Stress, anxiety, fear, worry, depression, and panic are just some of the emotions many people are feeling locked down in isolation.

While the current situation at hand is unprecedented, there is quite a bit of data on the detrimental psychological effects on people who have been quarantined.

To try and help, the CDC has put out a guide to inform people on how to recognize and manage mental health issues specifically pertaining to quarantine. 4. Stress and Coping
, CDC. 2020

How To Keep Cool In Isolation

The psychological impacts of social distancing are real. The big question then is, how do you protect your mental health?

There are plenty of mood-boosting activities you can do to keep your spirits up like exercising, meditating, watching uplifting videos and movies, keeping in touch with loved ones on the phone or online and of course eating a healthy diet.

While our bodies are vulnerable to a potentially lethal virus, our minds are just as vulnerable to the ills of isolation, and there’s no better way to physically protect your mental health than with brain-boosting nutrients.

One of the best ways to get these nutrients is with Nootropics.

Nootropics are a class of nutritional supplements designed for mental optimization.

Nootropics are great to take for a number of mental benefits including mood enhancement, better focus, better memory, and neuroprotection.

Below are my 5 recommendations for surviving social distancing and thriving under quarantine. 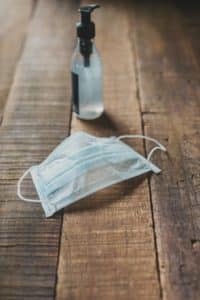 Nootropics For Thriving Under Quarantine

NAC is one of the most effective supplements you can take to for both mental and physical benefits during a viral pandemic.

The World Health Organization considers it an “essential medicine.” In your body, it works as an antioxidant and is the precursor to glutathione.

It is one of the most studied supplements on the market with over 300 clinical trials.

In the brain, NAC has been shown to lower anxiety, OCD, and depression.5Berk M1, Malhi GS, Gray LJ, Dean OM. The promise of N-acetylcysteine in neuropsychiatry, Trends Pharmacol Sci. 2013

One of its main modes of action is to inhibit the flow of glutamate in the NMDA receptor.

Glutamate is an excitatory neurotransmitter that can lead to feelings of instability along with a number of neurological disorders.6Y. Zhou and N. C. Danbolt. Glutamate as a neurotransmitter in the healthy brain
, J Neural Transm. 2014

Its antioxidant effects are also very beneficial as it lowers oxidative stress that underlies inflammation which leads to depression and mental distress.

Where To Buy NAC:

Gotu Kola is a powerful Ayurvedic herbal medicine that has been used for thousands of years. In China, it is considered one of the “miracle elixirs of life”.

It’s been shown to increase neurotransmitters like dopamine and serotonin which should naturally lower feelings of depression.

Where To Buy Gotu Kola:

L-Theanine is a calming amino acid that is known for its ability to modulate brain waves and promote relaxation.

It’s naturally found in green tea and pairs well with coffee to help lower the stimulation of caffeine.

One of L-Theanine’s many modes of action is to increase alpha brain waves and lower beta waves.9Anna Christina Nobre, Anling Rao, Gail Owen. L-theanine, a natural constituent in tea, and its effect on mental state
, Asia Pacific Journal of Clinical Nutrition. 2008

Alpha waves promote relaxation and lower stress, while beta waves can be stimulating.

This is why as a nootropic L-theanine is effective at lowering stress and managing anxiety which comes in handy during these uncertain times.

Where To Buy L-Theanine:

Ashwagandha is a powerful adaptogenic herb used for over 3,000 years in traditional Ayurvedic medicine.

As an adaptogen, it works with your body’s natural circadian rhythm to give you energy when you need it earlier in the day and helps you relax later at night.

A number of studies have confirmed this beneficial activity which leads to lower stress and lower anxiety.

Along with its nootropic effects, Ashwagandha can help increase sex hormone production which will also work to stabilize your mood.11Ambiye VR, Langade D, Dongre S, Aptikar P, Kulkarni M, Dongre A. Clinical Evaluation of the Spermatogenic Activity of the Root Extract of Ashwagandha (Withania somnifera) in Oligospermic Males: A Pilot Study.
, Evid Based Complement Alternat Med. 2013

Where To Buy Ashwagandha:

Like Ashwagandha, Rhodiola is also an adaptogenic herb that modulates the HPA axis according to your body’s circadian rhythm.12Panossian A, Wikman G. Evidence-based efficacy of adaptogens in fatigue, and molecular mechanisms related to their stress-protective activity.
, Curr Clin Pharmacol. 2009

Rhodiola tends to be more stimulating than other adaptogenic herbs and is known for its ability to increase mood-lifting neurotransmitters like serotonin, norepinephrine, and endorphins.

Rhodiola also has anti-oxidant properties which lead to its physical abilities to promote mental well-being.

Where To Buy Rhodiola Rosea:

Phosphatidylserine is a naturally occurring phospholipid that permeates your brain and is present in every single cell in your body.14Glade MJ, Smith K. Phosphatidylserine and the human brain.
, Nutrition. 2015

Its main job is regulating the flow of nutrients and oxygen in and out of each cell.

Like adaptogenic herbs, phosphatidylserine can modulate the action of your HPA axis and relax the flow of stress hormones in the body. This helps all facets of mental health including lowering anxiety and depression.15Benton D, Donohoe RT, Sillance B, Nabb S. The influence of phosphatidylserine supplementation on mood and heart rate when faced with an acute stressor.
, Nutr Neurosci. 2001

Phosphatidylserine has also been shown to be effective at lowering ADHD, improving focus and improving sleep.

Where To Buy Phosphatidylserine:

All great for not just coping with lockdown, but even knocking out some productive work, committing to a new hobby, or completing an online course.

These nootropics are some of my personal faves, but there are dozens more that can be used to better cope with social distancing.

No matter what you choose, always remember that there are ways to come of this on top, and nootropics are just one of the many tools to help. 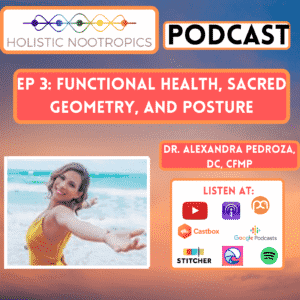 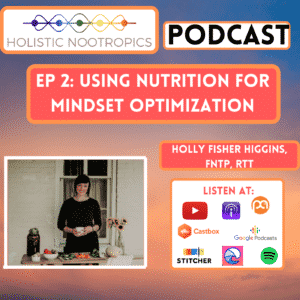 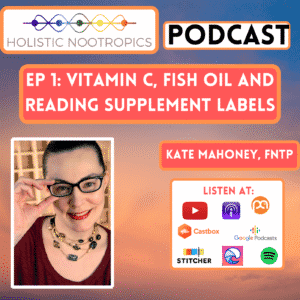 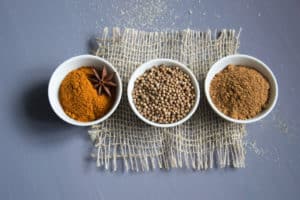 The Best Herbs For Naturally Boosting Focus and Concentration 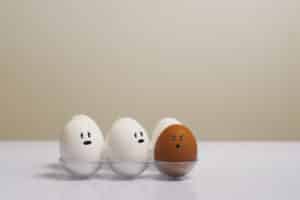 The Brain-Boosting Effects Of Choline

!
!
Subscribe
Something went wrong. Please check your entries and try again.
ONE NOOTROPIC FORMULA FOR ALL

Looking for the best brain-boosting nootropics?

Get them all in one product.  Boost your mood, enhance your focus, and increase mental clarity with a high-potency combination of carefully-sourced holistic ingredients

Boost the cognitive benefits of The Best Brain Supplements For Social Distancing!
Combine it with other powerful nootropics included in our preferred preformulated stack.

Get the nootropic benefits of smart drugs without a prescription.
Boost your mood, enhance your focus, and increase mental clarity with a high-potency combination of carefully-sourced, holistic ingredients all in one product.

Get the freshest holistic nootropic news, content, and deals straight to your inbox.